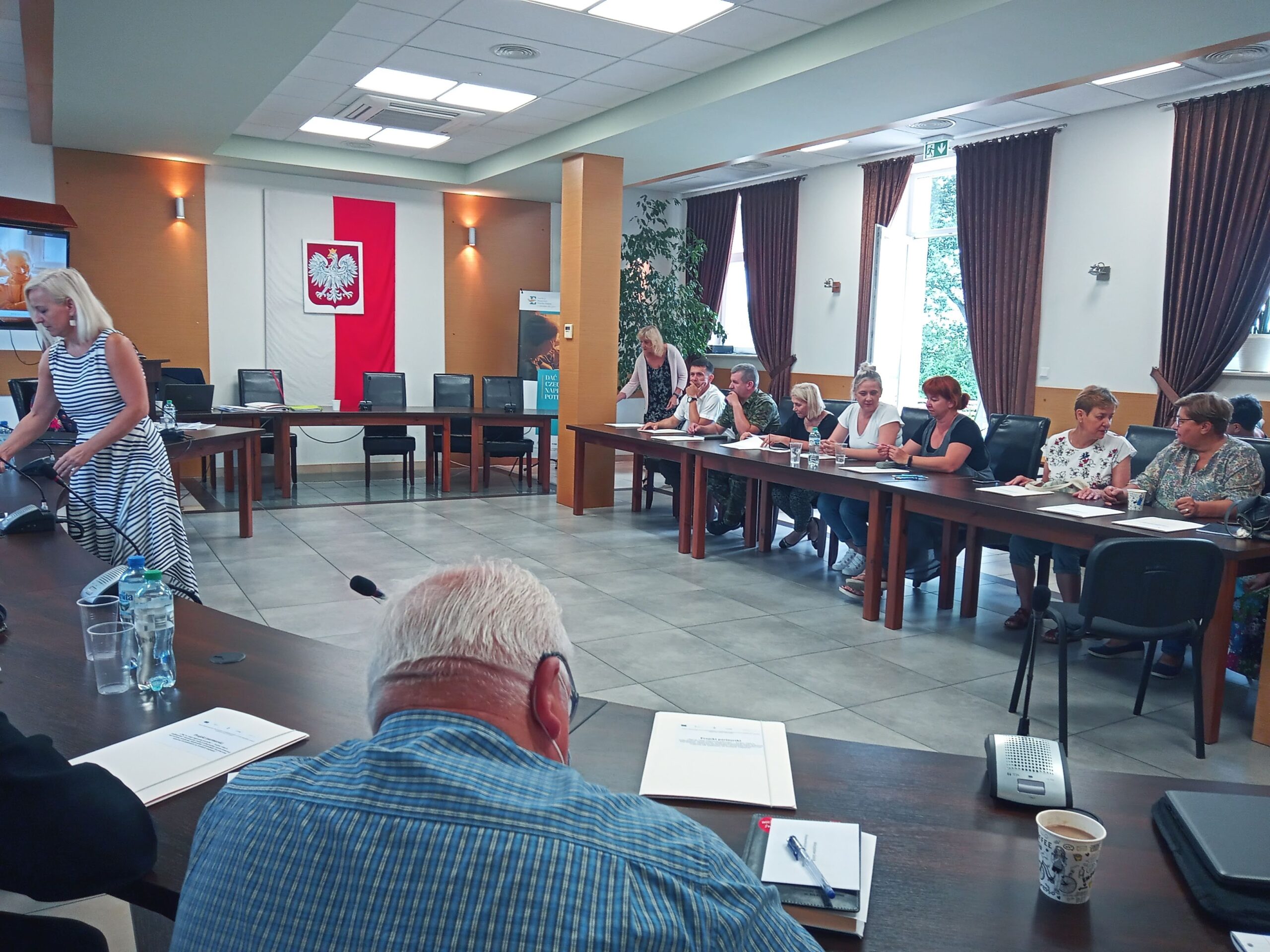 We have already completed the second of the planned round of meetings aiming at the activation of the local environment, conducted by consultants of the Regional Center for Social Policy and aimed at building a support network with which the Dependent Care Coordinator (KOOZ) will closely cooperate. At the five community meetings in July 2021, in addition to the people we had the pleasure to meet in June, new characters also appeared. These meetings strengthened previously made acquaintances and allowed to supplement the goals and possibilities of support. Meetings were held on July 26-30 in all five rural communes.

In total, two poviat meetings and ten rural communes meetings were attended by representatives of over 70 institutions providing assistance in the area of ​​innovation testing. The measurable result of the meetings is the database of the list of services provided by participating institutions and aid organizations, which the KOOZ will be able to use. The meetings were accompanied by a study carried out by IRWIR.

On August 1, 2021, the Dependent Care Coordinator (KOOZ) joined the team, having previously participated in networking meetings in order to get to know each other with representatives of aid institutions. By the end of August, KOOZ visited 25 beneficiaries covered by the innovation. During the first introductory visits to the environment, KOOZ was accompanied by representatives of the medical team. KOOZ got acquainted with the dependent people and their home caregivers, and also collected data necessary for further work on the medical and social situation of the patients from the group covered by the innovation. At the project leader team meeting the principles of cooperation between KOOZ and the medical team and the network were established

We spoke about the project in the Foundation’s bulletin, which reaches the group of donors every quarter.

On July 5, 2021, at the request of the European Commission, AEIDL interviewed us about the goals and the status of the project.

Tygodnik Rolniczy (Agricultural weekly) and in the local monthly Wiadomości Gródeckie published news about the project.

The Hospice team participated on August 14, 2021 in the first session of workshops conducted by a trainer-psychologist aimed at counteracting burnout.

On July 7, 2021, the first face to face meeting of the Project Team after the pandemic  restrictions, took place at the headquarters of the project leader in Michałów. We summarized the result of planned actions and set-up the plan for the next 2 months.