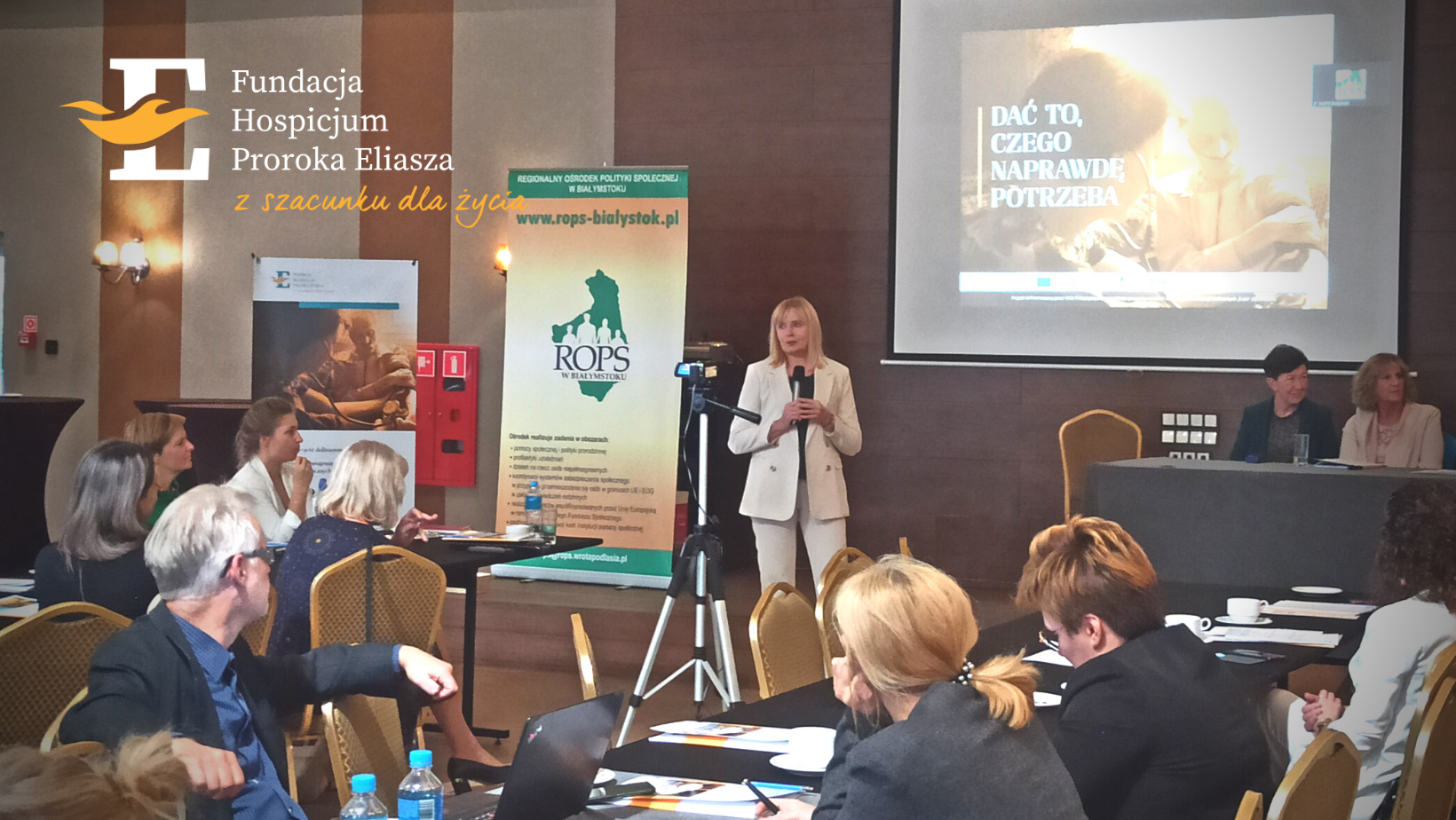 On 29-30 September 2022, the Convention of Directors of Regional Centres for Social Policy (ROPS) was held in Białystok.

The meeting was attended by directors of ROPS, directors of health departments of Marshal’s Offices from all over the country, representatives of local government authorities, municipal and urban-municipal social assistance centres and a team implementing a new model of long-term care for dependent adults and their home carers.

The leading topic of the meeting was a sample model of deinstitutionalisation of services tested in five Podlasie municipalities as part of the project “To give what is really needed”.

In his speech, Paweł Grabowski, PhD, drew attention to the needs of dependent people, the sick and their carers in ageing, depopulated and excluded rural areas, and the genesis of the idea to introduce a new model of care centred on the needs of the sick, but also of their home carers. Members of the project implementation and fieldwork team talked about what the new model of care consists of and how it is delivered, including the interaction of the medical team, the community support network and the Dependent Care Coordinator. Representatives from the medical team of the home hospice of the Prophet Elijah Foundation and the heads of the community care centres also gave their recommendations.

A representative from NGO’s Support Center (OWOP) spoke about the success of the already implemented scaling-up of an earlier proposal for a home care model developed by the Prophet Elijah Hospice Foundation.

The testing of the new care model is accompanied by research.  Researchers from the Institute of Rural and Agricultural Development of the Polish Academy of Sciences (IRWiR PAN) showed the broader background of changes in rural areas and the potential of rural municipalities on the basis of demographic research and the findings of networking to date.

The presentation of the new care model supported by examples from the daily work of the home hospice team was a prelude to a discussion among the participants (representatives of authorities, organisations, medical and social actors from the five rural municipalities). During the debate, we considered how to translate the new model of care into everyday life, what legal, organisational, substantive changes and changes in the helping and medical professions should take place so that the model can be implemented on a wider scale and what tasks ROPS and health departments face so that joint activities can become part of plans for deinstitutionalisation of services in Poland.

Interview on TVP Białystok (Polish only)>>

Report from the convention on the (Polish only)>>